The 6+1 Colors and the Creative Cycle: part i

Yup, you’re at the right place… This post is the background & basis of my current work.

“The white dove, the red rose, the black spider”. Or was it “the black crow”?

It was not a significant moment. Another line among many captured in the middle of an Art History class. This three-part sentence was like a magical sequence that silently and unnoticed inserted a time capsule in my creative apothecary. I was given the key.

Well, a time capsule comes with “time”, so it’s been a while since the dots connected in my head and the next step was a go.

In the meantime, there were years of practice. Discovering and mastering my own creative process. Dealing with ideas, originality, execution, wanting to start all over again, imagination, frustration, a rush of interest, satisfaction, disappointment, things don’t fit, and then they do, accomplishments and what not. I came to know what it means to produce creative work. Sometimes doing my happy dance and other times wiping my tears, or having that back-of-the-neck-pain that wouldn’t go ahead unless I had a solution for something. Oh, yes….

When did that come from??

These notes weren’t research or imagination. They came from a deep place of memory. This was it. I was remembering something! The first scent coming out of the now activated time capsule.

A research went on:

The colors White, Red & Black are adopted in every religion and culture, and thus the name…

This archetype is composed by the developmental stages of the Virgin, Mother and Crone.

The ovary cycle can be divided into three phases: follicular, ovulation, and luteal.

Every plot has a beginning, middle and end. The hook, the build, the payoff.

Every wo/man’s story, distilled: Go out and seek, get challenged and bloody, Return home transformed. 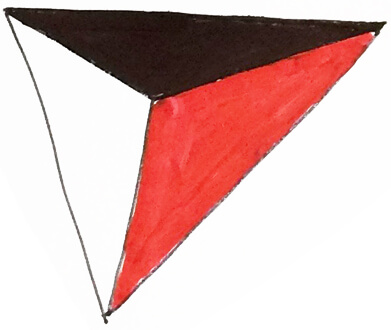 All these, including the laundry cycle and many more, blend seamlessly together, expressing the natural progression of creation. Endless narratives of change, but always the same.

White, Red & Black: The creative process of every cycle told in color.

These aren’t the pretty rainbow colors. They don’t represent key energetic places in our bodies. They aren’t the primary colors that you can use to mix and print any color. Rather, they talk about time. About process and evolution. They are the first hues that a baby’s vision can grasp. They are primal, definite, original and impossible to ignore.

White, Red & Black:  Three connected dots had me deeply fascinated and invested–and none of them is not even my favorite color!
Working with them in the past few years, got me to this: 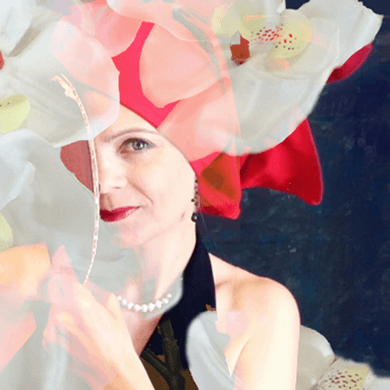 The 6+1 Colors and the Creative Cycle: part ii →