The 6+1 Colors and the Creative Cycle: part ii 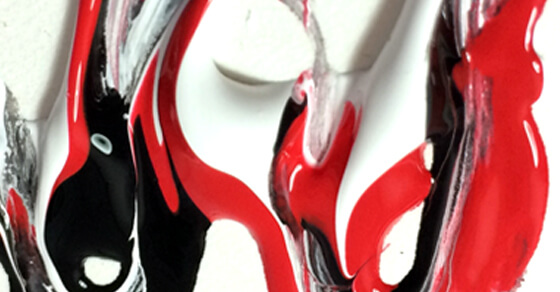 Never use a color straight from the tube

Make even your own white. A little bit on the cream side? Or maybe cool it with some blue?

I started keeping recipes for special colors. One went like that: “Two brushes of cadmium yellow. A hint of deep orange. A bit of white.” Goooood luck. Not the kind of recipes you can rely much on. So, to increase my possibility on recreating an exact color, I would keep the paints in plastic bowls to dry, without ever covering or cleaning them up. When I wanted to use them again, I would have the exact reference. I would mix the new fresh paint on top of the dry one. As if I had my very own Pantone chips! 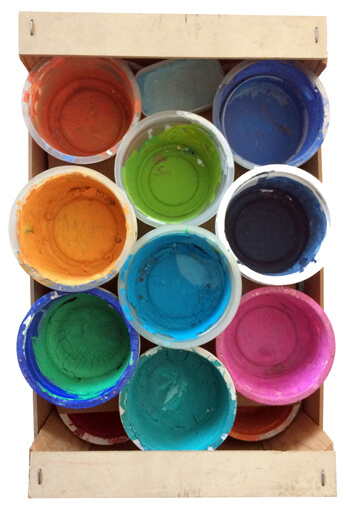 Some colors waited for me for years to return to…

Since I only mixed desirable colors, (I mean, look at this box! To eat or to die for!), it took me a while to mix the Big Trio. I started calling it that to loosen up the atmosphere. The term “Sacred Colors” ask you to stand still, with respect. The feeling of dealing with something sacred… Oh, my! How can I get messy that way? So the Big Trio is it!

As before, it wasn’t a significant moment. The idea to mix these three colors came to me as the most natural thing to do. An artist will always mix their colors, no??

It took me a while to mix them in reality. At first the mixing was a sterile kind, only in my mind, answering the questions:

What color do I get if I mix black and white?

Even my son know then the answer to that! Gray! 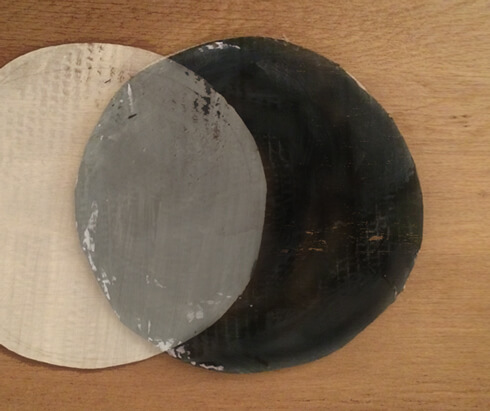 What color do I get if I mix red and white?

Here my daughter saved the day with her answer. Pink! 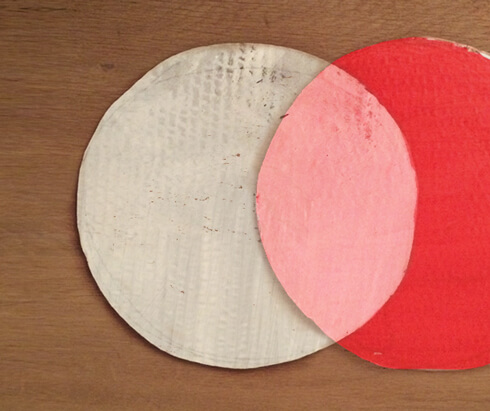 What color do I get if I mix red and black?

This one was a bit more challenging for both of them… so I told them: Darkest Red. (Had a long naming session with this one.) 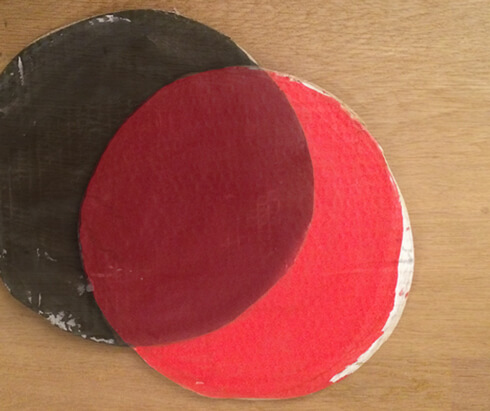 So they started as three. And then there were six.

How do these stand?

T his question of the linear path, occupied me for a long time. Believe it or not, for many long months. And then the circle came. The first met the last, and inside that circle there was no first or last anymore, only an endless dance, combining slow, faster and rapid rewards.

Every cycle of creation, has a beginning, middle & end, but is never alone. More cycles are being formed by the minute, new arcs opening, circles touching, circles inside circles, unfinished circles, broken circles, spiraling ones, and on it goes.

This became clear when I finally got off my head and screen and into the paint tubes. By mixing them in real life, some new information emerged. 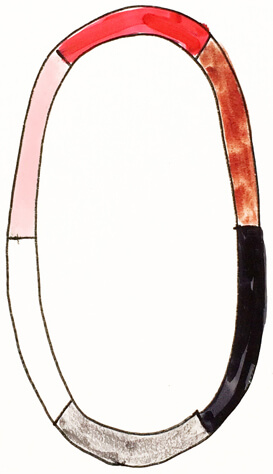 What’s the fuss? Well, so Black and White are decisive, and although we can get different kinds of reds, you can definitely spot a clean, pure, powerful red.

But what happens in between???

Endless Grays. Abundant Pinks, and plenty of Darkest Reds. The physical behavior of the colors, detached from the meaningful or sacred realm, gave information about the creative cycle itself.

What do these in-between colors stand for?

They must stand for something right? This isn’t the distilled version anymore. Which stages of the creative process do they represent? And what are the tints? What is the meaning of having them in the first place?

The tints represent a longer life span within the cycle. A color can still be the same color, and change in the process, evolve towards the “next stop”. This movement can happen in both ways: forward, White turning into Pink, and backwards, White turning into Gray.

White needs only a tiny bit of color to become pink or gray, but Black, needs a lot more to be affected.

Can you see how that gives us hints about what is happening during the creative process? How the physical aspects of the color, the body itself, beyond the symbolic interpretation, give meaning and define these stages?

It is just like with us: We have our thoughts, opinions, perception, culture agreements, and we have our bodies. The body never lies. It always has that additional and crucial information, and we are better off when we trust and follow it.

Wanna know more about the 6+1 Colors?

Come write with me! 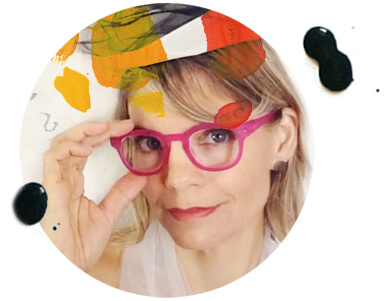 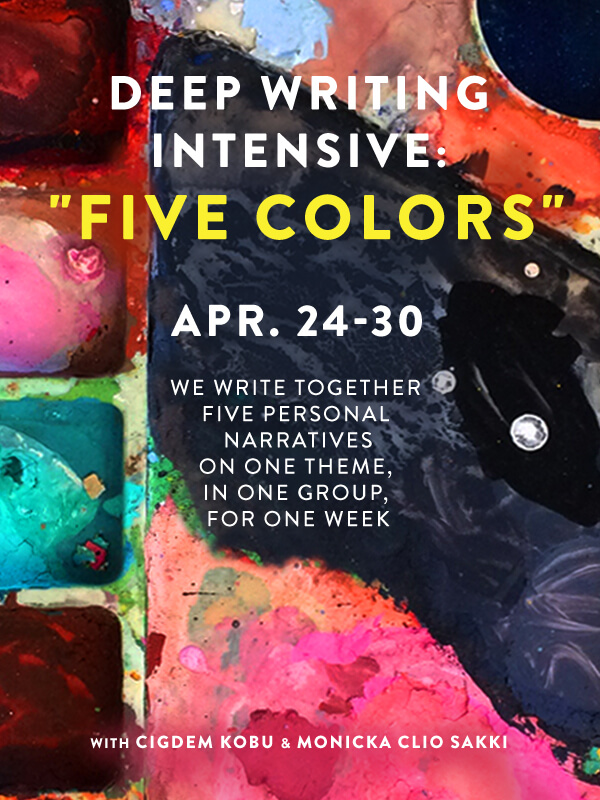 ← The 6+1 Colors and the Creative Cycle: part i